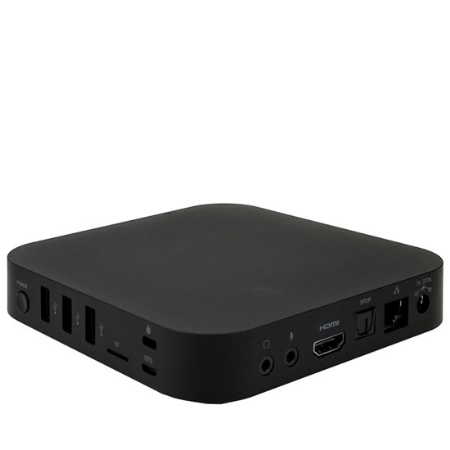 Android is traditionally associated in the mind with cell phones, at best with tablets. This is a common misconception. The Android operating system has long moved into the category of industrial and embedded operating systems. It runs computers based on ARM processors, as well as some smart devices, such as smart TVs from Sony.

Polywell Computers has long been one of the leading manufacturers of mini PCs based on ARM processors. They are distinguished by their simplicity and reliability, as well as excellent price/performance ratio, which allows you to build substantial savings when building large systems.

These devices are in demand as:

Mini PCs on the Android platform are particularly widely used in the Digital Signage industry. Many global CMS (Digital Signage Content Management System) providers specifically optimize them for Android media players. In its original edition, the Android OS is not very suitable for 365/7/24 devices. The developers at Polywell Computers have specifically fine-tuned the Android OS kernel, which makes our systems highly reliable and ready.

One of our latest developments is the X35 Android PC – the 4-Core ARM based Android Computing Device with true 4K GPU/VPU.

At its heart is a quad-core ARM® Cortex®-A55 processor. The system can be equipped with either 2 GB or 4 GB of RAM. The Mali®-G52-2EE graphics adapter has an HDMI 2.0 video output supporting a maximum resolution of 4K at 60 Hz.

The HD audio adapter has not only an analog stereo output, but also a digital S/PDIF output.

Very important for industrial-grade systems is support for a Watchdog, i.e. a hardware timer that is periodically reset by the monitored system. If no reset occurs within a certain time interval, a forced reboot of the system occurs. Digital Signage players are often used at remote sites (stores, restaurants, airports), where there is no technical staff. Therefore, the Watchdog is a guarantee of uninterrupted operation of the Digital Signage system.

The X35 system comes in a fanless design, which ensures low power consumption and quiet operation. It runs under the Android 11 operating system.

Polywell Computers, Inc. (on the market since 1987) is one of the oldest and best-known manufacturers of computer equipment. The company is widely known not only in the United States, but also in Europe, Latin America and Asia. Polywell Computers returned to EMEA market with mini industrial grade PCs for different purposes. Our company’s PCs have all the necessary permits. Some systems are certified for Astra Linux special-purpose operating system and Stratodesk and Red OS operating systems.

The company has earned its reputation by becoming a recognized leader in the personal computer market. Its products regularly participate in tests conducted by the most reputable computer publications. The company regularly receives many awards, such as PC World’s Best Buy, PC Magazine-Editor’s Choice, Infoworld-Buyers’ Assurance Seals.