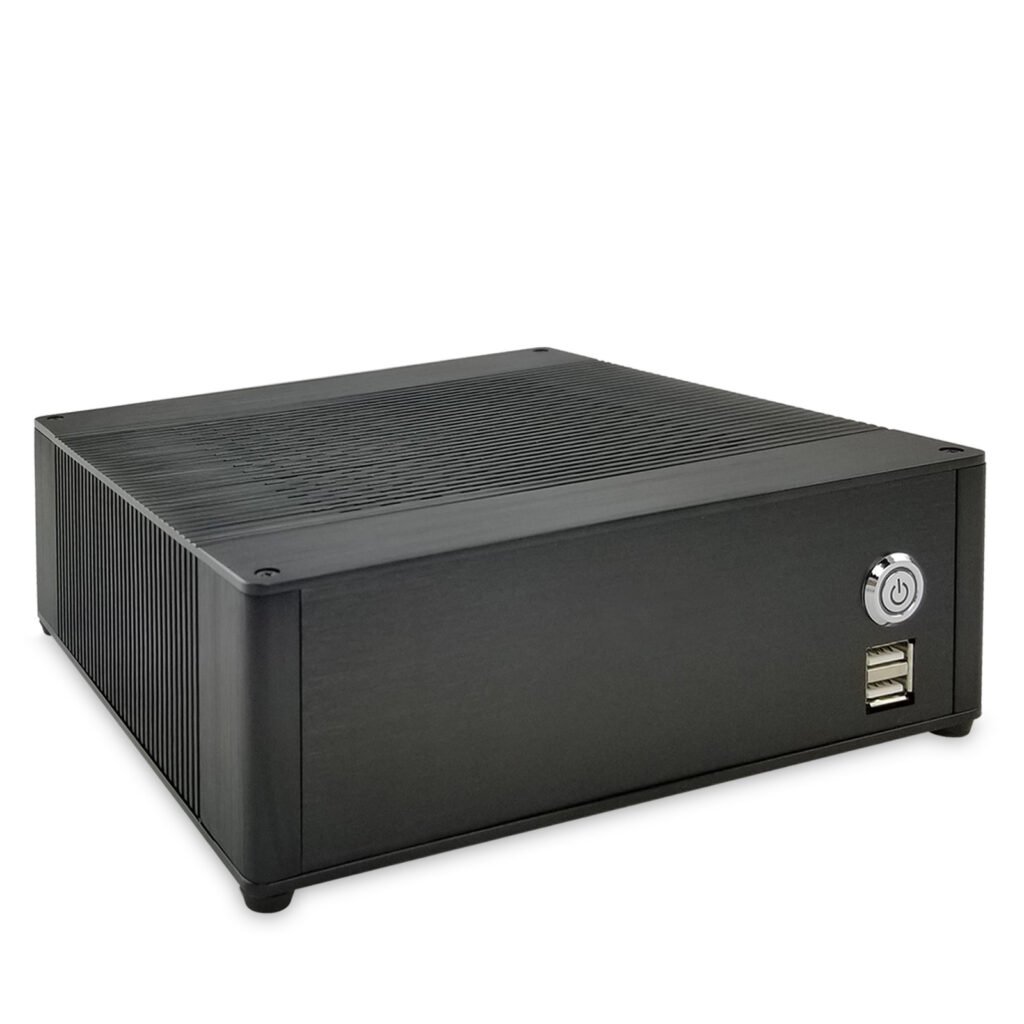 As a rule, the release of new models of industrial computers has a certain inertia compared to machines in conventional design. Polywell Computers has significantly reduced this delay by releasing the Z690L2V4 mini-PC, which is equipped with almost all the latest technological advances.

The machine has the latest LGA-1700 CPU socket and Intel® Z690 chipset. Due to this it supports the fastest 12th generation Intel processors up to i9-12900K (the letter K in the processor designation means that this is the so called “overclocked” version, which has higher performance and the same higher power consumption). By reading this link, you can get an idea of the performance advantage of using the latest 12th generation processors. At the same time, you can use the i3-12100T processor in this PC when high performance is not required. Its power consumption is only 35 W versus 241 W for the i9-12900K.

The latest DDR5 memory (up to 128 GB) makes a huge contribution to the high performance of Z690L2V4. The table shows the comparative characteristics of DDR4 and DDR5 memory:

Immediately noticeable is the huge difference in bandwidth. It allows modern multi-core processors to be supplied with data without delays. Tests show that on certain tasks only by using DDR5 memory it is possible to get a performance increase measured in tens of percent. To be fair, some applications proved to be indifferent to DDR5 or showed minimal performance gains. Nevertheless, DDR5 memory, like any new technology, will continue to evolve and improve. It represents the mainstream of computing development.

The mini-PC is equipped with two Realtek 2.5 Gigabit Ethernet network adapters, a WiFi 6 wireless adapter. It has a PCIe 5.0 bus. The PC has a PCI Express 5.0 x16 expansion slot, which allows you to use a variety of high-performance peripherals. In particular, devices designed for PCIe 5.0 can provide faster exchange rates with storage devices and faster graphics. As a result, the machine has 1 x M.2 2280 slot for PCIe Gen4x4 module with exchange rates up to 64 Gb/s.

The Z690L2V4 mini-PC (just like all Polywell Computers devices) is manufactured with industrial grade components. This ensures the high reliability of the computer and openly declared MTBF of 100000 hours, which is a unique offer in the market.

Especially impressive is that all this technological excellence is packed into a very compact chassis measuring just 20.5 x 20.5 x 6.6 cm and featuring a free 2.5″ drive bay.

The mini-PC can be delivered with MS Windows 10/11. It can be used in Digital Signage, artificial intelligence applications, edge computing, network security applications, as a media player, etc.

Polywell Computers, Inc. (on the market since 1987) is one of the oldest and best-known manufacturers of computer equipment. The company is widely known not only in the U.S., but also in Europe, Latin America and Asia. Polywell Computers returned to EMEA market with mini-industrial grade PCs for different purposes. Our company’s PCs have all the necessary permits. Some systems are certified for Stratodesk operating system.