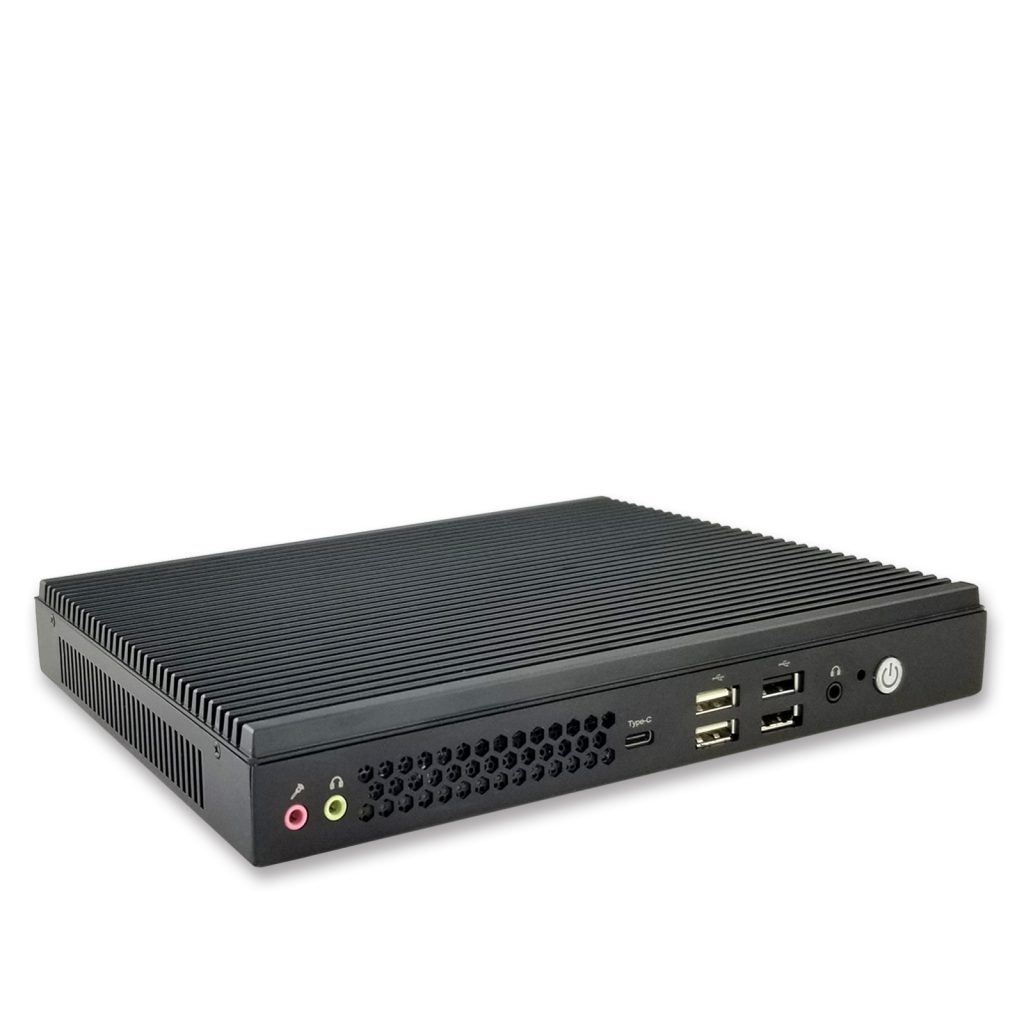 Digital Signage is a vast and rapidly emerging market. According to different estimates it may grow up to $ 32 billion by 2027. It’s widely used in retail, hospitality, entertainment, transportation, corporate, healthcare, and other sectors. We observe more and more cloud-based CMS providers serving this market in different countries. At the same time the hardware segment commanded the largest share of the overall Digital Signage market.

That means that there is a growing demand for reliable and high-performance Digital Signage media player capable of delivering the more and more ‘heavy’ content without interruption. It’s also important that there are actually two segments of this market from the hardware point of view – indoor and outdoor. Not every media player can work in harsh (outdoor) environments, and those who are usually demand a noticeable extra cost toll.

Meeting these market demands Polywell Computers has launched U11L2 – the Digital Signage media player which combines extremely high performance in various aspects with the ability to work in both indoor and outdoor environments.

If Intel® Core™ i5-1135G7 and above CPUs are installed, the system will benefit from embedded Intel® Iris® Xe Graphics. U11L2 supports four video outputs and two of them are DP 1.4 8K 60Hz. The remaining two support HDMI 2.0 4K 60Hz resolution. This feature makes U11L2 especially handy for Digital Signage applications allowing one player to run four screens simultaneously. At the moment the majority of installations run FHD resolution, but gradually, as technology develops, more and more users trend to run 4K and even 8K video clips on displays supporting such resolutions. From that point of view Polywell U11L2 will be a long-lasting investment. Moreover, we provide the long-term lifetime hardware support for our products.

The system is equipped with two Intel Gigabit LAN interfaces. This allows to use the machine as a network bridge with one LAN ports receiving traffic from WAN while the second one distributes it over LAN.

One of the biggest headaches in Digital Signage applications is availability. No advertiser or Digital Signage network owner will bear hanged system, interrupted transmission, or bad playback quality. At the same time no software or hardware is perfect, and sometimes it hangs. Usually, Digital Signage installations are unattended by technical staff, and if that happens it might become a problem. Polywell U11L2 can prevent such issues due to a hardware watchdog which will automatically reboot the hanging system.

It also supports Wake on LAN (WOL), and diskless PXE boot, which makes it even more flexible and tolerant to possible disasters.

U11L2 is also equipped with an LTE (4G) module with SIM card slot. In some cases, this may allow to save on private LAN or WiFi networks deployment under the condition that the site has good cellular network access. This is especially important if you are deploying just one or two machines per site, and do not want to put a cable there and buy a router to feed just one system.

U11L2 (as well as all devices by Polywell Computers) is made of industrial grade components. This ensures the high reliability of the computer and openly declared MTBF of 100000 hours, which is a unique offer in the market.

The above specs definitely finish discussions about indoor and outdoor Digital Signage installations. Because Polywell U11L2 fits both environments. There is no need now to buy different hardware for indoor and outdoor use, which very important for large networks from the maintenance aspect.

The system can be delivered with MS Windows 10/11, Windows IoT, Linux. It can also be shipped in fanless chassis to ensure silent operation, power saving and ability to work in dusty environments including conductive dust.

The features described really prove that finally the one-for-all-Digital-Signage-needs system has been created. Really whatever Digital Signage application problem or concern may be mentioned, it turns out that all of them have already been addressed in Polywell U11L2 design. It’s a real ‘universal soldier’ for Digital Signage.

This website uses cookies to improve your experience while you navigate through the website. Out of these, the cookies that are categorized as necessary are stored on your browser as they are essential for the working of basic functionalities of the website. We also use third-party cookies that help us analyze and understand how you use this website. These cookies will be stored in your browser only with your consent. You also have the option to opt-out of these cookies. But opting out of some of these cookies may affect your browsing experience.
Necessary Always Enabled
Necessary cookies are absolutely essential for the website to function properly. These cookies ensure basic functionalities and security features of the website, anonymously.
Functional
Functional cookies help to perform certain functionalities like sharing the content of the website on social media platforms, collect feedbacks, and other third-party features.
Performance
Performance cookies are used to understand and analyze the key performance indexes of the website which helps in delivering a better user experience for the visitors.
Analytics
Analytical cookies are used to understand how visitors interact with the website. These cookies help provide information on metrics the number of visitors, bounce rate, traffic source, etc.
Advertisement
Advertisement cookies are used to provide visitors with relevant ads and marketing campaigns. These cookies track visitors across websites and collect information to provide customized ads.
Others
Other uncategorized cookies are those that are being analyzed and have not been classified into a category as yet.
SAVE & ACCEPT
Scroll to Top