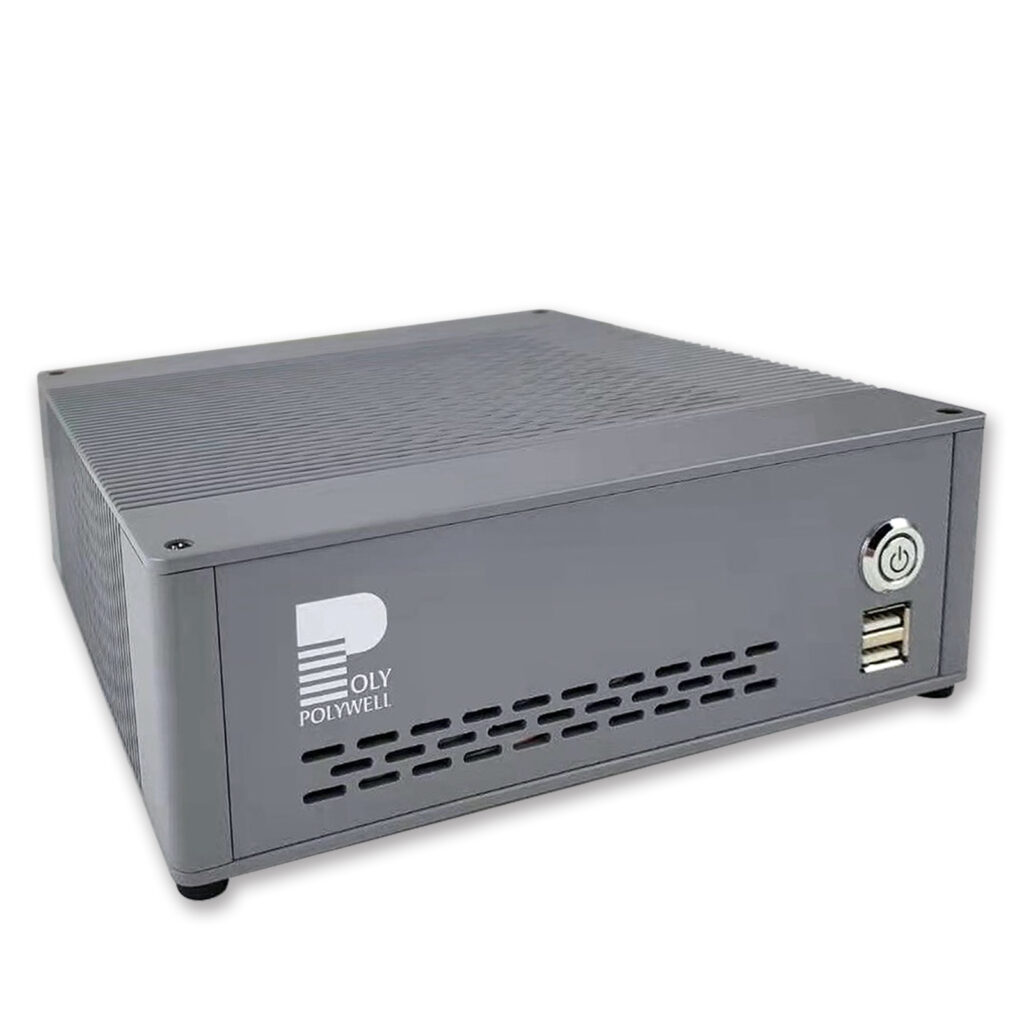 Polywell Computers, the advanced US computer manufacturer, has launched one of the first 13th generation Intel® Core™ based personal computers in the market. And which is surprising it’s a small form-factor industrial grade PC.

According to Intel: “The 13th Gen Intel® Core™ desktop processors deliver the next generation of breakthrough core performance. Now with up to 24 cores (8 Performance-cores and 16 Efficient-cores) and up to 32 threads, plus Performance-cores are capable of reaching 5.8 GHz with Intel® Thermal Velocity Boost to elevate performance. Intel® Turbo Boost Max Technology 3.07 further strengthens lightly threaded performance by identifying the best-performing Performance-cores. Meanwhile, additional E-cores enable an increase in Intel® Smart Cache (L3) for more efficient processing of larger data sets and better performance.”

Impressive Intel® Xe Graphics integrated in the CPU supports two displays and delivers up to 8K@60Hz resolution on a DP port and up to 4K@60Hz on a HDMI port. It also has an eDP header on the motherboard supporting FHD@60Hz.

The system is equipped with one 2.5G Intel® I226V NIC and one 1G Intel® I219V NIC. The system supports WoL (Wake on LAN) and diskless PXE boot. It has the WiFi6 and Bluetooth module.

Being built in our 400B Small Form Factor aluminium chassis Z790L2 provides enough space and efficient cooling for the mentioned hardware options. Interestingly that being equipped with the low voltage Pentium® Gold G7400, G7400T CPUs this system may also be shipped in a fanless chassis.

As all Polywell Computers PCs this system is built with industrial grade electronic components. This ensures high reliability with specified 100000 hours MTBF.

No doubt this system will attract the interest of business customers worldwide. Due to current shortage in 13th generation components supply the lead times may be longer than usual. That’s why it’s recommended to place orders in advance.